How to Migrate from Containers to Nimbella Serverless Architecture

Serverless and containers are different cloud application development approaches that can enable faster and more reliable deployment of web applications. 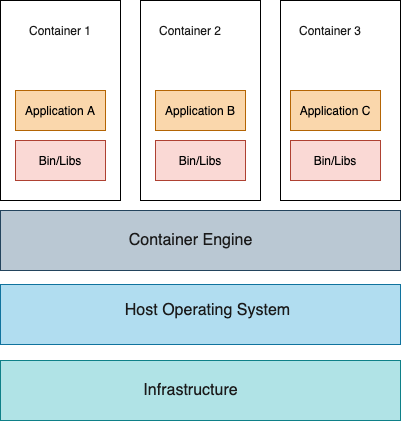 Serverless computing is a cloud computing execution model in which the cloud provider runs the server, and dynamically manages the allocation of machine resources. Pricing is based on the actual amount of resources consumed by an application, rather than on pre-purchased units of capacity.

Why containers and serverless are related but different?

The below image illustrates how serverless and containers are related but different.

When is serverless better than containers?

When containers are better than serverless?

Serverless has restrictions in terms of memory and size. Hence containers are preferred for long-running processes. Serverless provides a decreased start-up time and latency when compared to containers.

Let’s learn container deployment and then the steps to deploy the same app on Nimbella serverless platform by deploying a developer portfolio website on both with the below steps.

The below diagram depicts the architecture of our portfolio app.

GitHub Source: https://github.com/boltathi24/Dockerized_Developer_Portfolio_React_Node/ Please consider that we are going to create a developer portfolio website using React.js as front-end, Node.js as the back-end, and MongoDB as Data Storage.

React.js as Front-End: Let's create our react app to bring the below to fruition.

We can run our app on docker with the below steps.

Now, We have created the developer portfolio app and deployed it inside a container. Let's learn how we can do the same with Nimbella Serverless.

Let’s do the below steps to get started with the Nimbella platform for deployment in 2 mins.

Step 4: Updating the app for Nimbella

Please follow the below steps to Migrate our Node.js based App to Nimbella

In brief, we would have coded our business logic inside the routes specified in Express.

To migrate to Nimbella, we just need to wrap the same business logic inside the main function as below. https://gist.github.com/boltathi24/9ced4d6bd82b4498dbfa4ac89ad50029

Please note that in express, we have specified the desired URL path inside the Routes. But in Nimbella, the directory name represents endpoints, once deployed. Hence the directory name needs to be created with the name of the endpoints we would like to have in our API.

To migrate the express app to Nimbella, create a directory named packages.

Inside packages, create a directory that represents the app name as “form”.

The below diagram depicts the directory structure on the Nimbella platform. 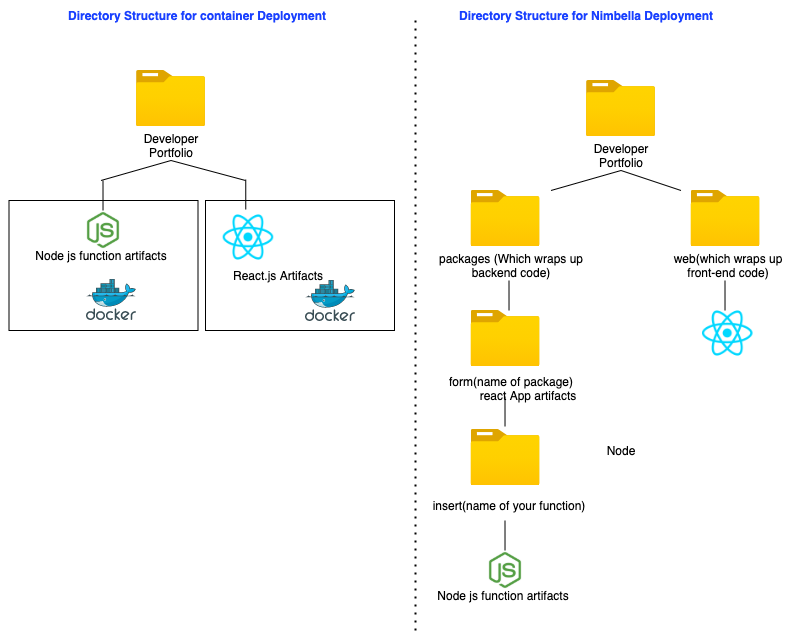 Our app’s final directory after modifying the directory as specified looks as below. 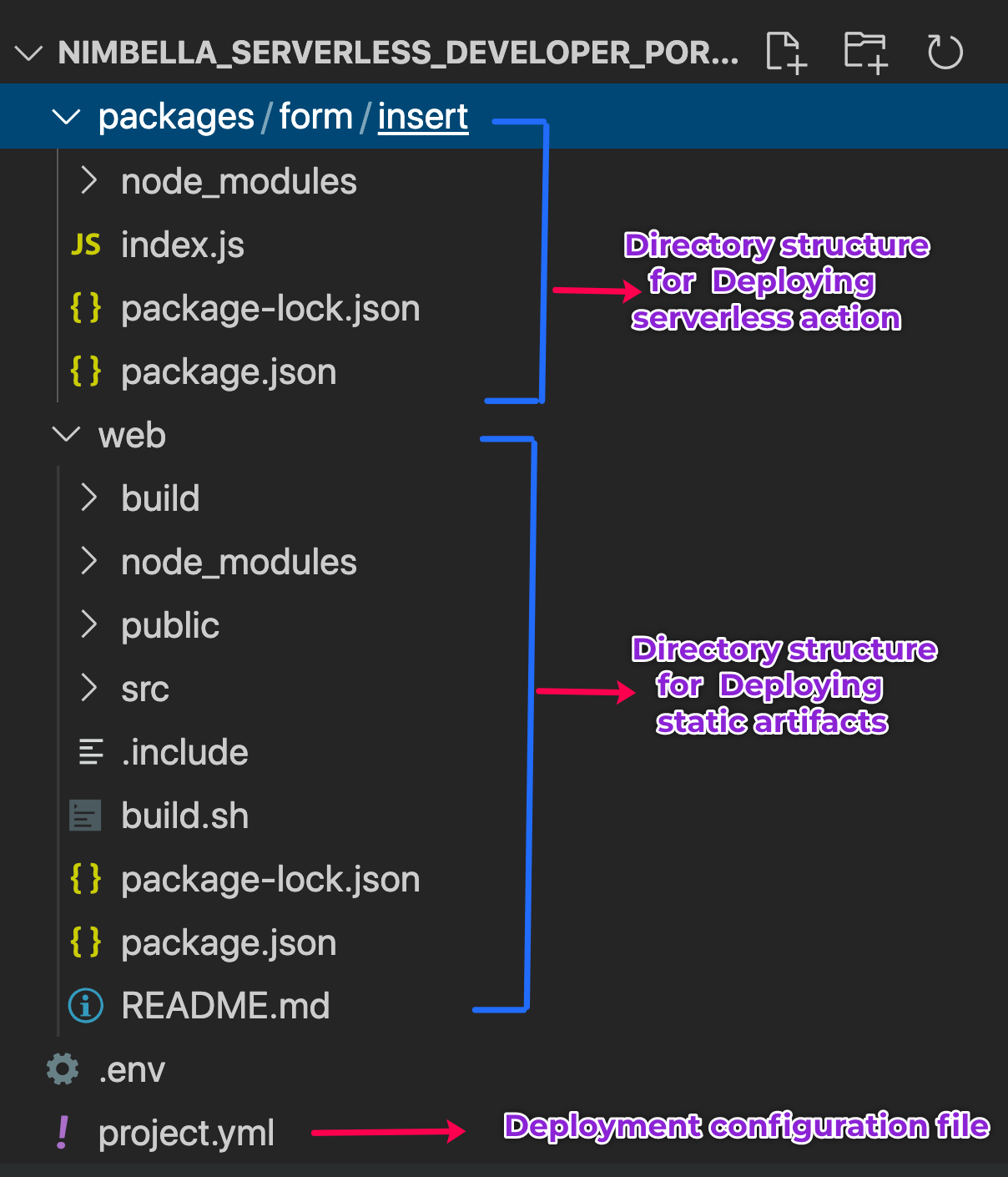 Create a project.yml file and configure it for deployment as below. 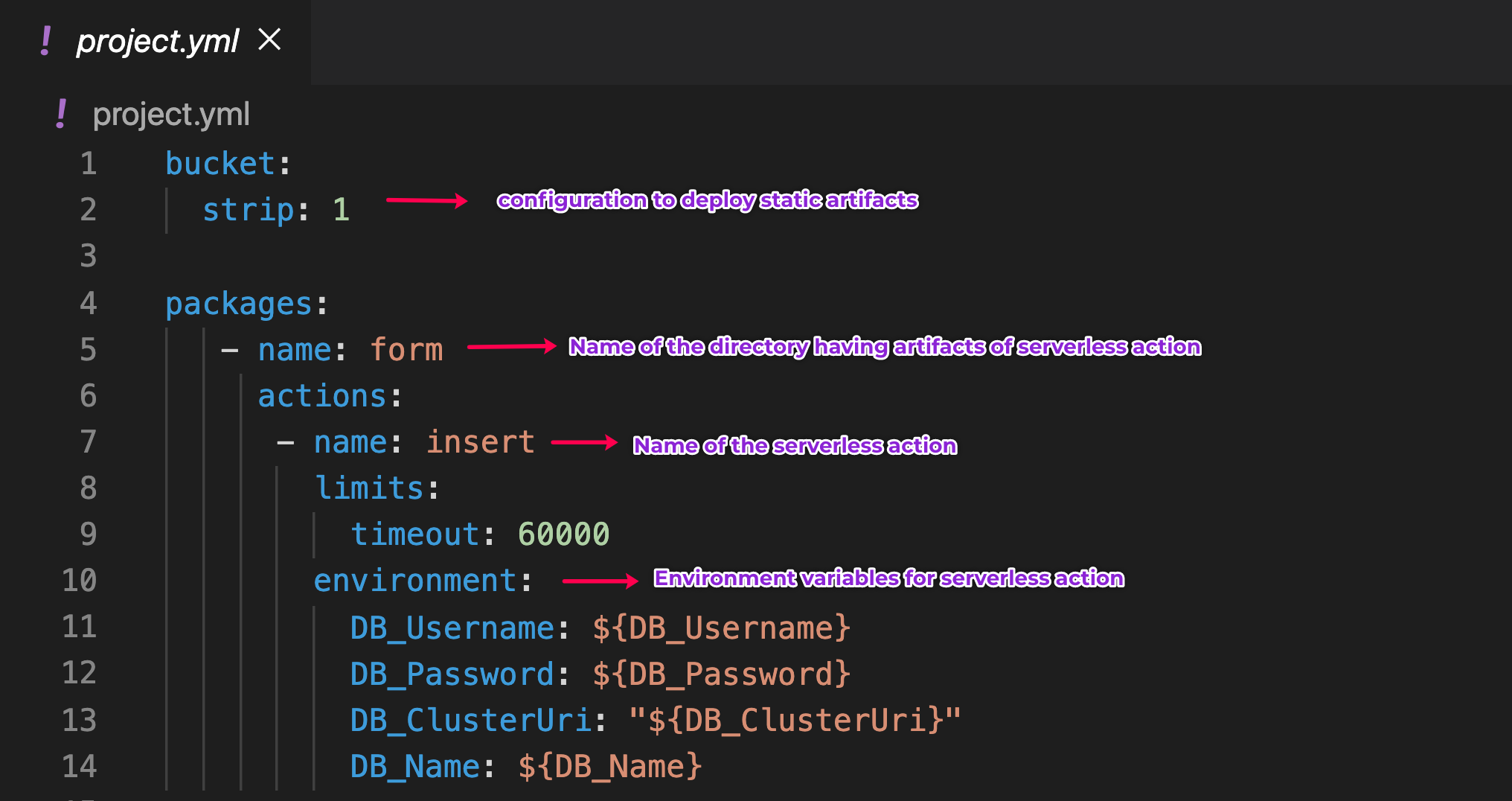 Let’s make our app live by running the below command.

Our App and API are deployed successfully into the Nimbella Serverless Platform as below.

​​ As per the above execution log, we can access our app with the below URL→ https://dlrowtlo-jyam4452nxf-apigcp.Nimbella.io/ You can get your serverless URL of Serverless action/API by running the below.

We have successfully migrated a developer portfolio app from containers to Nimbella Serverless Platform and the app can be accessed at the link below. https://dlrowtlo-jyam4452nxf-apigcp.Nimbella.io/ 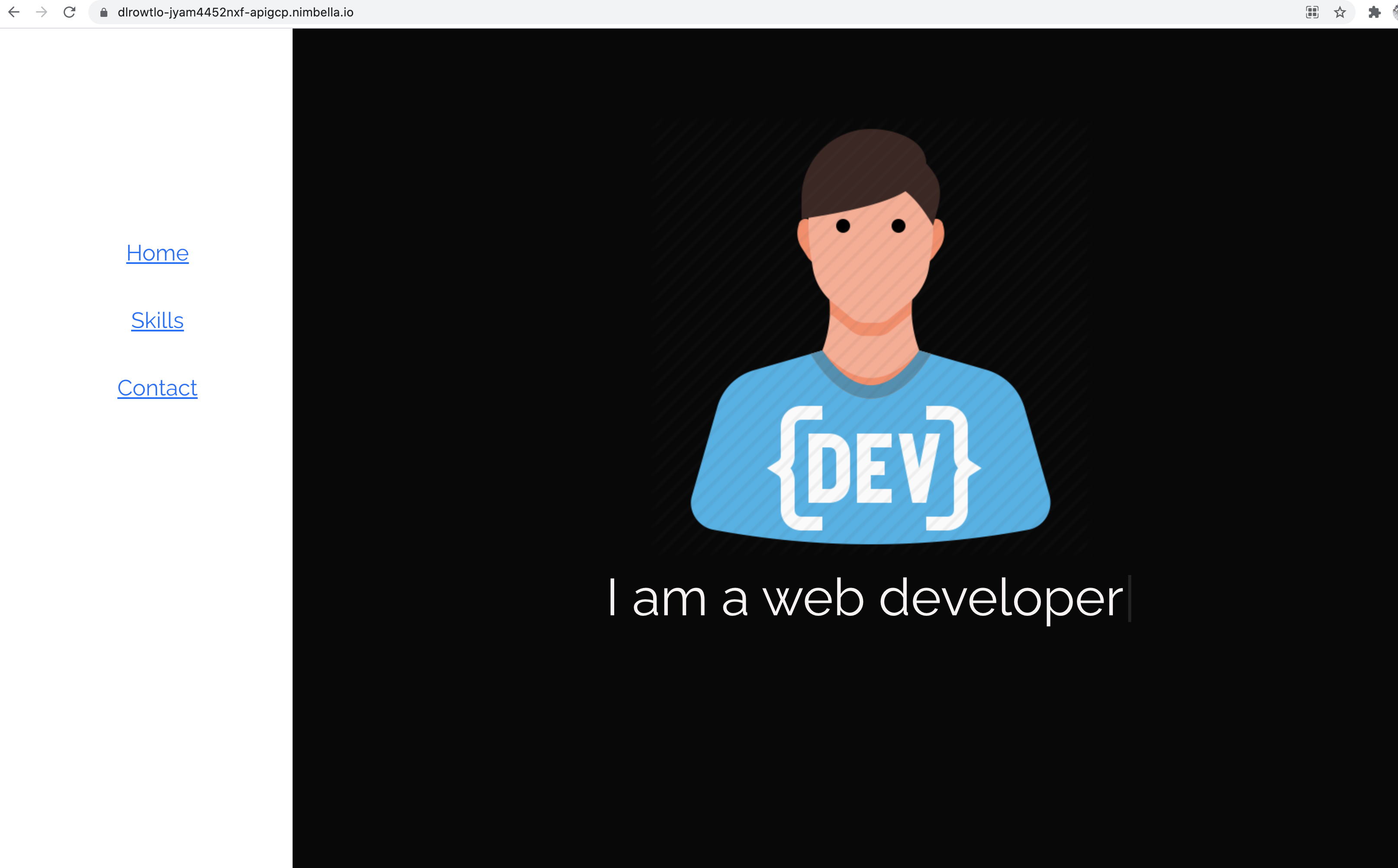 TL;DR Serverless and containers came into existence as an evolution towards maximizing utilization of computational power. We can migrate from containers to serverless with the below steps.

Nimbella is named a strong performer in the serverless world by Forrestor. Please feel free to check out how Nimbella spreads the power of serverless on CRN & Rishdot Research.

Author details: Athithan Raj P Athithan started his career with Cognizant and experienced himself in the testing field primarily. Later he started getting involved in different fields like Development, Security, Content writing, etc. He now works with a reputed organization as a Software Development Engineer in Test where he is responsible for the product quality through Automation.

This blog was initially published on Nimbella. Keep an eye out for this space and follow us on Twitter for the latest updates.